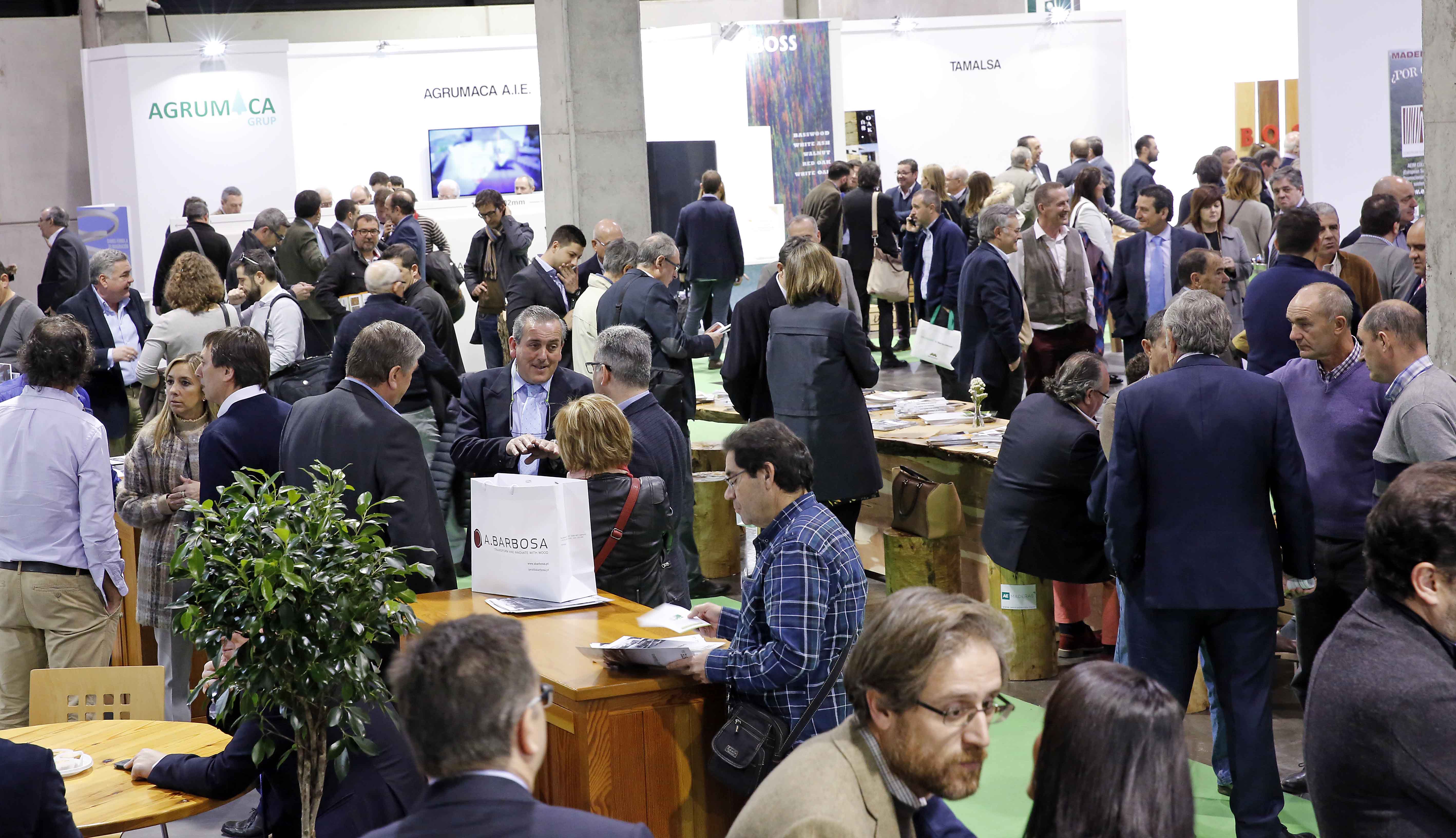 Biennial timber, wood and machinery fair returns to pre-crisis levels and will be bringing 466 direct exhibitors together with an offering from783 international brands and manufacturers from 15 countries, laid out over 61,000m2 of exhibition space. FIMMA – Maderalia runs concurrently with CEVISAMA . International commitment: FIMMA- Maderalia set to host trade missions from 20 countries, notably from north Africa, Europe and Latin America.

Valencia, 2nd February 2018.- Next week, from Tuesday 6th to Friday 9th February, Feria Valencia will be hosting the biggest edition of FIMMA – Maderalia of recent years. Spain’s great biennial fair for materials, components and technology for the furniture, wood and interior design industries will be housed in Pavilions 6, 7 and 8. The fair is returning to pre-crisis levels with a showcase comprising 466 direct exhibitors and a total offering from 783 international manufacturers and brands – a 30% increase over the figure for the last edition of the fair. FIMMA – Maderalia runs concurrently with CEVISAMA (5-6 February).

The proportion of foreign exhibitors that make up these figures is impressive: 28% of the total showcase consists of foreign exhibitors, hailing from 15 countries, with Italy in the lead, followed by companies from Germany, Portugal, Austria and France. Completing the picture are exhibitors from Belgium, Brazil, Bulgaria, the Czech Republic, Holland, Ireland, Turkey, the United Kingdom, and the United States. FIMMA – Maderalia will as a result be gathering the most representative offering from Spain and the rest of the world of both wood-related products, materials and furniture components and technology, machinery and software for an industry that is now showing clear signs of recovery

Indeed, according to the Spanish Observatory for the Furniture Market, which is part of the AIDIMME Institute of Technology, the supply sector last year recorded 2.6% growth, meaning it has now been growing for four years. In addition, exports of processed timber also grew last year: by 10.1% from January to November according to figures published by ICEX, consolidating an upward trend in an industry that turns over more than 6,000 million euros a year and employs 8,000 workers.

The machinery and technology for the timber/wood sectors, for their part, have also made progress, with an annual turnover above 350 million euros, according to trade association AFEMA. Exporting is pivotal for 120 Spanish companies in these sectors as 75% of their sales are abroad. The upcoming edition of FIMMA- Maderalia will therefore reflect the positive mood of these industries, which are hoping to receive a boost to their businesses from a highly technical visitor profile that ranges from carpenters to installers, architects, furniture makers, designers and specifiers.

The fair is also consolidating its commitment to become an increasingly international platform for exports: next week, at the fair’s invitation, trade missions will be arriving from the foreign markets that are the exhibitors’ prime targets. One of the most notable of these and one of the biggest groups, is the mission from North Africa and the Middle East (Morocco, Algeria, Tunisia, Libya and the Lebanon). The next biggest group is of buyers from Latin America (Argentina, Brazil, Colombia, Peru, Ecuador and Guatemala). There will also be a significant contingent from Europe, with buyers from Portugal, Italy, Germany, Belgium, Bulgaria, France, Sweden and Switzerland in particular having confirmed they will be attending,

More than 61,000 m2 of exhibition space, plus new products and international architects

All in all, FIMMA – Maderalia is getting set for an outstanding edition at which exhibitors will be showing more than a thousand new products across more than 61,000 square metres of exhibition space, spread across four huge pavilions: pavilion 8 and level 2 of pavilion 7 are dedicated to FIMMA, whilst level 3 of pavilions 6 and 7 are housing Maderalia. Wireless systems built in to furniture for charging mobile phones, wood that neither gets wet nor burns, anti-theft locks and 4th generation technology adapted to the industry are just some of the new products exhibitors have announced.

As well as the commercial content of the fair the organizers have put together an extensive programme of parallel events that involves a very significant number of international architects and specifiers, including Japanese architect Shuichi Kobari of Toyo Ito, Puerto Rican architect Héctor Ruiz and Spanish architects and designers Jose María Tomás, Ramón Esteve, Daniel Solves, Juan Bláquez and César Ruiz-Larrea, who will be speaking as part of the series of lectures on  design, architecture and the new materials for contract projects.

FIMMA – Maderalia is also hosting other initiatives including a forum about the contract sector for automatic door manufacturers and professionals, a series of lectures and activities, arranged by AEIM and themed on wood and its use in architecture and construction and an ‘Easy contract’ installation designed by Valencian architect Ramón Esteve that will replicate different rooms in an avant garde city hotel using materials donated by exhibitors. ‘MasterChef’ and media sensation Pepe Rodríguez will add an extra dimension to the fair, too, when he visits to launch a new set of locks.